Phone keeps turning off and on randomly? Here are the reasons and easy fixes.

You might have experienced an issue with your phone when it keeps turning off and on randomly leaving you clueless. The problem seems persistent even though the battery on the phone is fully charged. Sometimes this may be triggered by malicious apps, while sometimes a bug or hardware malfunction may also keep your phone turning off and on randomly. So, what are the primary reasons behind that anomaly of the power failure on the phones and how to diagnose and fix the error on the device? Let’s dig out the answers. 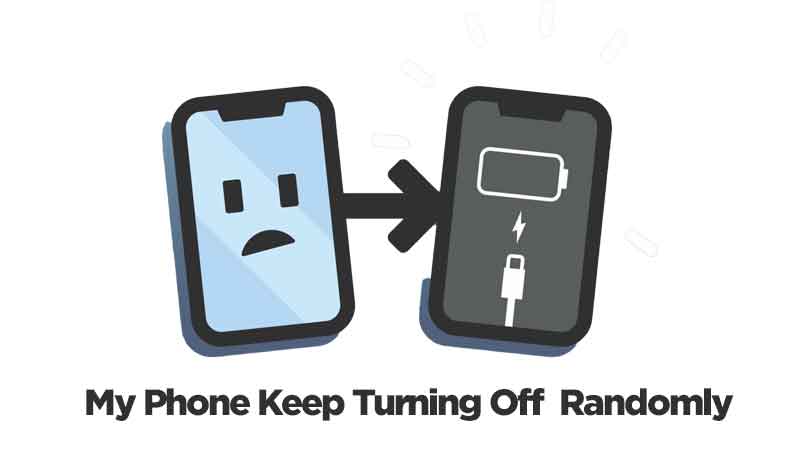 So, before you hit the troubleshooting, let’s know a bit about the error and the possible reasons that keep your phone booting and shutting download randomly and automatically.

Well, talking about issues, the error can come to the surface due to several reasons and can be related to both, app and hardware errors.

Based on the online polls and data from several forums and blogs, here are the basic problems that cause your android to keep turning off and on randomly.

Read Also: How to fix “Mobile network not available” error on android

What makes the phone shut off randomly?

Android devices are powerful, they’re getting Android 12 soon, and they have all the trimmings. But the second trouble occurs, it can be a major pain in the butt. One common issue people often experience is their phone repeatedly shutting off unintended, and if this happens to you, it’s not a good time.

Android is a complex combination of hardware, software, and kernel. Any anomaly caused by external or internal reasons may trigger the Android system to switch off the device either for safety or improper execution of information.

Here are the primary reasons that may cause your android to turn off randomly.

A cache is the temporary data stored by the apps you use frequently on the device. Over the time of use, these data may get corrupted caused by force stops or app malfunction. In such, this may keep interfering with the normal operation of the device software. And hence sending the android to a continuous boot loop.

Also, Android phones have a dedicated cache partition that is used by the Android system to store the essential boot information.

Sometimes a corrupt cache partition can also cause the error and make your android shutdown randomly.

APK or application files are the package for all the apps on the device. The package names are generally names as appname.brand.com. Sometimes, a corrupt system app package may also cause the device to reboot randomly.

Read Also: There was a problem parsing the package- Android

Android apps like battery savers or RAM managers are well known for interfering with the system settings on Android phones.

These apps are designed to alter the power configuration on the device.  Any anomaly with these apps may also cause your android to be stuck into a restart and shutdown loop. Also your phone may be a victim of a potential hacking attack or malware infection as well.

All th modern app for android are usully designe daccoriung the recent OS veresio. However, this is hardly possible that an outdated OS may cause the random shutdown of android but still, you cannot deny the possibility.

As an android running on an outdated OS version may not be able to run the latest apps which are usually huge in size and demands more resources as compared to the previous version.

This is the most possible reason for turning android phones on and off randomly. Water exposure or physical damage are a few of the reasons that may make your android go paranoid.

A malware or a virus on your Samsung phone may keep running in the background may make your device of unstable. As these malware are designed to send your data to a distant location using mobile data. So, if you find a high battery consumption or frequent turning off and on of device this might be caused my malware or spyware.

Methods to Fix Android phone that keep shutting off Randomly

There is not a  fixed method you can apply to fix the error. But, you need to try a series of troubleshoots in order to fix the error when phone Keep Turning off and on randomly. Try out the tips below which may help solve the problem.

Force restart of the Android system also makes sure to recreate the cached data of specific apps that can help you to solve the error. Here is how you force restart your phone;

Let the device in idle mode to see if the problem is gone and you are able to use the device normally.

2. Check if the phone is in sleep mode

First. check if the device is in sleep mode(screen off) or turned off. Sleep mode on android usually turns off the display after a given time like 10 seconds to 15 minutes.

Check the sleep mode settings by following the steps below;

You can also confirm this by pressing the power button on the device if the phone is switched off or in the idle screen sleep mode.

3. Check for Scheduled power on & off

Scheduled power on & off on android allows you to assign the timing for turning off and on your android automatically at a given time.

Read Also: How To Turn Off Android Phone without Power Button? 7 Easy Methods

4. Check for the Battery Health

A poor battery may also cause your android to turn off randomly as the voltage flow on the old or damaged battery tends to fluctuate. In such you may keep the phone on charging and see if it’s still turning off and on randomly.

Read Also: Why is My Samsung Galaxy Battery Draining So Fast?

Also, if the phone is completely powered off, make sure the phone is charged. Connect the phone to a charger and check the battery level. When the phone’s battery is low enough, the phone will turn off automatically.

Android user tends to install lots of buggy apps like RAM booster, Battery saver to Performance improvement apps. First of all these apps are not able to either save your battery or boost phone’s performance.

Secondly, these apps keep interfering with the system settings and hence sending the device onto continuous turning off and on loop.

The best idea is to get rid of these apps and see if the problem is fixed. Also, you can remove the bloatware from device to boost the battery life of your android.

Read Also: How To Uninstall System Apps On Android (With and Without Root)

6. Boot in Safe mode to Check Faulty App or Hardware

Booting android in safe mode can help you to diagnose the real culprit for the issue. Safe mode boots the phone with least system applications and no third-party applications. During Safe Mode, a rogue application or a virus will not take effect, thus allowing you to find the problem.

Follow the steps to boot Android in safe mode to diagnose the problem;

Once inside Safe Mode, check whether the phone is randomly shutting down or not. The process of booting into Safe Mode varies from manufacturer to manufacturer.

If you still experience the random shutdown on your phone, chances are there is a hardware-related issue on the device.

Read Also: How to Fix Android is Stuck in Safe Mode?

An outdated app or bunch of apps on your android phone may also cause the device to act paranoid hence the phone goes into a continuous on and off loop.

In order to fix the error make sure you are using the latest version of all the installed apps on your device.

In such you are required to update apps to latest version by which simply visiting Google Play Store and hitting update. 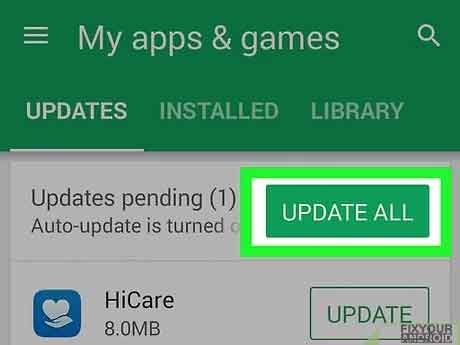 If everything does not seem to work and your android still keeps restarting randomly then you might need to factory reset your device. 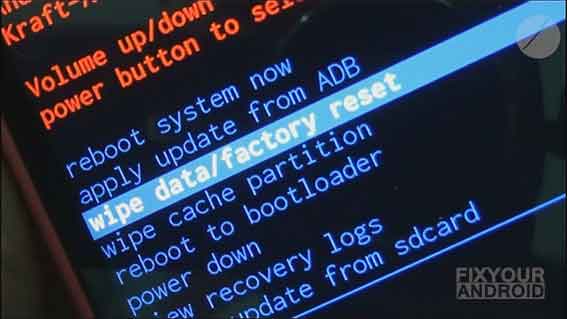 But before you proceed to factory reset, let me tell you, factory resetting android will erase all the saved data on your phone including media, videos, contacts, SMS, and call logs, etc.

So make sure to take a proper backup using a cloud service or local backup of your device before you attempt or factory reset.

9. Check for the Moisture on the device

Samsung android phones come with an extra safety moisture protection feature designed to protect from accidents. But, the anomaly with the settings may also cause your android phone to keep turning off and on randomly.

Make sure that there is no exposure to water, moisture or sweat on the device. If suspected, avoid using your phone and let it sit for a couple of days to dry. Also, remove the battery if possible and avoid keeping it on charging.

List of Samsung Secret Codes | Samsung One UI and TouchWiz Devices
What is IoT Hidden Menu on Android? Know all About it.

If you are done with all the DIYs and still cannot find a sure solution to rescue your android from random on-off loop then it’s advised to see the manufacturer for servicing assistance. Find the manufacturer authorized service center and submit your device for a permanent solution.

All the methods explained here are supped to work perfectly and users have reported that they were able to solve the error and the phone stopped turning off randomly. However, there is not a certain method to be named that worked for everyone. In some cases removing malicious apps helped to resolve the issue while for others a simple hardware malfunction was the real culprit. If everything doesn’t seem to work then I am afraid to say that it’s time to move on. Just take a complete backup of your phone and buy a new one.

You may encounter the error when the phone keeps turning on and off randomly even if the battery is full. The phone seems to go paranoid and you may suspect if the device is infected with malware or a potential hacking attack. Chances are high but a malfunctioning hardware component or physical damage to phone’s component can also make your phone turn off and on randomly.

In such, you need to follow the series of diagnosis tests and hit and trial method to fix the error.

Read Also: Why Does My Phone Keep Turning Off Randomly?