Android VoIP apps are the best alternative to make calls using VoIP service. Unlike traditional cellular calls, VoIP calls are free to make and all you need to pay is for mobile data usage 3G/4G.

Over time with the evolution of internet services, we are not dependent on cellular networks to make calls. You can always use a VoIP app to make calls using wifi networks as well.

A decent VoIP app on Android, let you place calls without worrying about poor reception and weak signals. All you need is a decent internet connection either over Wifi or mobile data.

Android smartphone shares a big market caps. In such you need a decent VoIP on Android to make VoIP calls.

Here we have listed the best free VoIP for Android you can use to make calls.

Read Also: How to make Wifi calls on Android?

Here is the list of the top 10 free VoIP call apps for Android. All the apps listed here are free to use and can be downloaded from the Google Play store itself.

WhatsApp is one of the best apps for Android to make VoIP calls. This free messenger is full of features like sending, video, chatting with friends, making group calls creating unlimited groups, create broadcasts to send a message to multiple contacts at once and many more.

But, you can also make VoIP calls using Whatsapp messager for free. That included video and voice VoIP calls. Besides, there are several other features you need to explore. 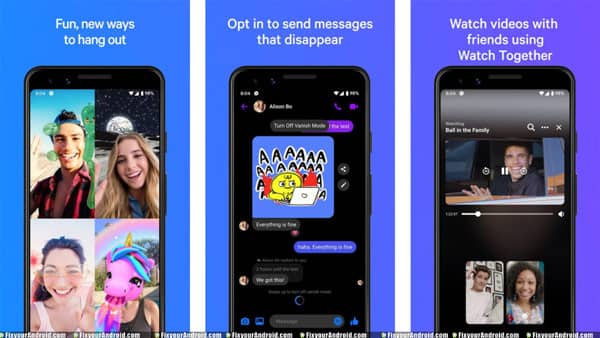 You can use this free instant messaging service to make VoIP voice and video calls as well. Also, it supports group voice/video calls.

The quality of calls on the app is completely dependent on the quality of the network reception. Stronger the signal better the quality. With Facebook Messenger, you can enjoy free VoIP calls with crips audio and video quality.

It is basically a messaging app. But recently Facebook has introduced all-new features to the app including VoIP calls. Facebook Messenger comes with a lite version as well which is used for chatting and text messaging only.

One of the best VoIP app for Android by Google itself. Google Hangout allows you to place free VoIP calls using the app on any Android device incusing Android mobile and tablets.

Besides making VoIP calls, there are several other things you can do with Google Hangout. Sending messages, Chatting with friends, sending pictures and videos, place video calls, have group conversations and many more.

This VoIP app has all the potential features to stay in the list of best VoIP app for Android.

Not so popular but yet a very powerful free VoIP calling app for android. The MizuDroid SIP VoIP Softphone is one of the few SIP applications that is updated regularly on the Google Play store.

VoIP tunneling, call diversion, IM, voicemail functionalities, and encryption. The UI featured in this app is a little older, but it’s still simple to use and functional. There are no in-app purchases as this app is completely free.

In addition, it also supports plenty of SIP account to make free calls using the internet. Skype is one of the most popular VOIP apps since the beginning. One of the legendry VoIP app you can use to make voice and video calls. In addition, it also supports landline calling with a minimal charge. 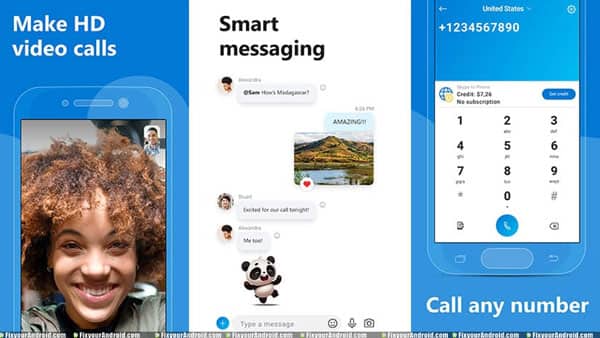 You can use Skype on Android to make voice and video calls using VoIP along with text messages. It’s not the hottest or most popular option these days, but it’s actually still among the best for VOIP calls.

This free VoIP app has recently come into the limelight after the Whatsapp privacy controversy took place. Where Whatsssp was allegedly found using user data for advertisements. 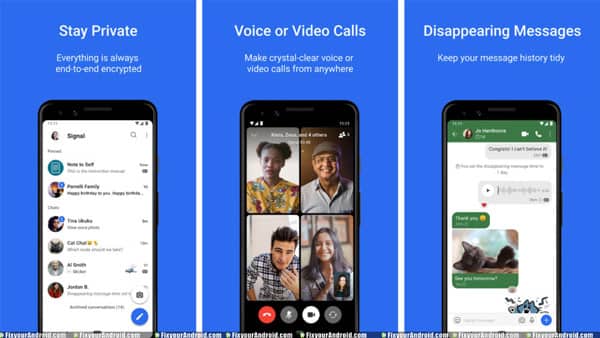 Recent, yet powerful, Signal Messenger has all the potentials to beat all the contenders in the segment. Talking about features, the app has all the essential features including chatting, Group messaging, making VoIP voice and video calls as well.

This free app is available to download for all major platforms including Android as well.

Viber is not so popular in America but trust me this VoIP app has a huge user base globally. It’s a full-fledged chatting app with lots of features.

Creating a chat room with friends, send messages, making voice and video calls, tons of stickers to express your feeling and many other features are the main highlights of the app.

The app is free to use on all major platforms. You can download Viber from Google play store and enjoy a crisp VoIP Call for free. 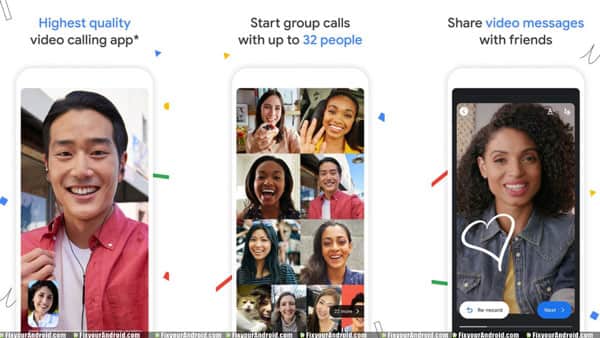 All the latest Android phones have the app installed by default. But still, you can download Google Duo from Play Store and enjoy the app for Free video and Voice calls.

Calling Telegram a VoIP app will not be justified. As the app is not only an app but a search engine as well, chatting, calling, creating groups, making calls etc are the traditional feature of the app.

What makes Telegram so special is that it has so many other features that you won’t find elsewhere.

Creating a channel, using it as a search engine that allows you to search for files across groups and channels, sending stickers, sending unlimited files and transferring long videos are the main highlights of the app.

If you are seeking a free VoIP app for your Android, it is recommended to try Telegram at once and you will fall in love with it.

Last but not the least, Zoiper is one of the few SIP and VoIP applications left which is why it is so unique. It’s a phone call-centric app for your Android that lets you place VoIP calls with customized mobile numbers.

The SIP application is quite popular among telemarketers for making calls using VoIP and SIP accounts as an auto dialer app. The app is free to use but in order to avail extra features, you are required to pay an amount of $8.49. What is VoIP Number on Android?

A VoIP (Voice over Internet Protocol) phone number is the number assigned to you when you sign up for a VoIP service. It’s basically the string of digits you enter on a dial pad to make a call, much like with traditional landlines.

What is the difference between a SIP phone and a VoIP phone?

VoIP is a term used for making a call from internet either by software or app. While SIP is a protocol used to initiate, maintain, and terminate multimedia communication sessions in VoIP applications. SIP protocols support the signaling and control of voice, video, and messaging applications.

This was the list of top free VoIP Apps for Android. All the apps listed here are free to use but in order to use extra features, you might need to pay for them. Still, it’s you can find several VoIP apps that are completely free. Also, don’t forget to check the apps section for more useful apps for Android.