Android Trash: How to Empty Trash and Remove Junk Files on Android

How to empty trash on android? Trash or recycle bin on android phones gives you a seconds chance to recover deleted items on android. Like Windows and Mac PC, Android phones running on Android 9 and above are equipped with a trash bin. All the deleted items including, images, media, video and files are moved to the trash bin which can be recovered before it gets permanently deleted.

Let’s learn more about the Android trash bin and how to empty it. What are the significances of deleting files from recycle bin? How an empty trash bin can help you to boost your Android phone’s speed and performance.

What are Trash Files on the Android Phone?

Trash files on android have several variants and types. The most common trash files are temporary cache files. These cache files are created by the apps we use on android. Every time we open an app on our device, the app creates several other files in the background for the smooth performance of the app.

Deleted data, media or files are also a form of trash files as they are useless for the users.

Devices running on android 9 or above hs a Trash can where these deleted files are stored for the next 30 days after deletion from the gallery or file manager app.

Read also: How to find recycle Bin on Android?

How to Empty Trash on Android Phones?

As we know, what sort of files are called trash files on android. these files are temporal, data, cache data, deleted files on recycle bin, Whatsapp database files and others.

Follow the steps here to delete the trash files on Android. This includes the recycling and another temp. residual junk files on android storage.

A cache data is created by the apps on Android to help the system and app together to run the app smoothly. these files are created by the app on the cache partition of the device and usually get detected once you close the app.

We use several apps on our android device to perform different tasks and activities.

The trash cache data not only help the apps to run apps smoothly but also a prolonged use of apps keeps creating the cache data for the app and ends up eating the memory. Hence, the device gets slower with time.

It is always a good idea to get rid of these trash cache files from the device to boost performance. You can open the apps on a device and clear the cache of the device.

Clearing the cache files or data doesn’t delete any data from the app like logging information or saved files or playlists from the music app.

Another major source of thrash files on ANdroid is Whtsapp junk files. We receive several useless forwarded media messages on Whatsapp. These forwarded messages take a lot of space on the device and end up eating the resources and sloe done the Android.

Also, Whatsapp local backup feature creates a database backup on the device to help you to restore or transfer the WhatsApp chat. These database backups are huge in size and can be easily deleted to get rid of trash on Android.

Also, it is always a good idea to delete these WhatsApp junk files from the device. Here is how to navigate to the WhatsApp database folder and delete junk files.

We all use our smartphone cameras to click numerous pictures on the go. Though, sometimes it can accumulate a lot of storage and might take unwanted space on our device.

To avoid this, you can try to find duplicate photos and remove the ones you no longer need. If you want, you can do it manually by visiting the Gallery on your phone. 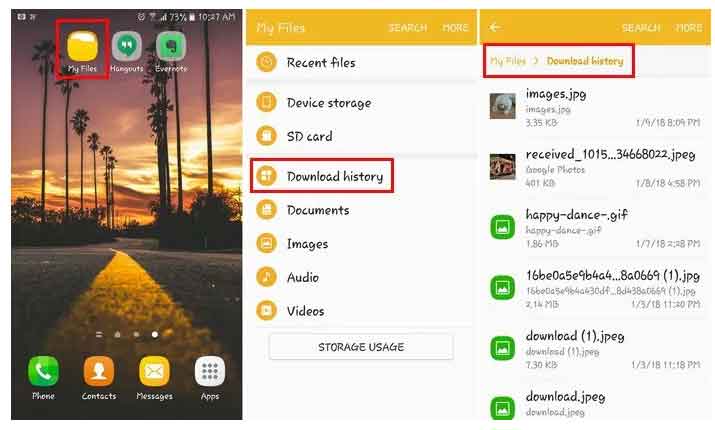 There are also readily available third-party apps that can help you do the same as well. For instance, Duplicate File Fixer is a popular solution that would scan your device storage and look for any duplicate content like photos, videos, files, etc.

This will help you get rid of duplicate photos automatically in less time.

Clearing the cache portion on the device not only removes the junk files from android but also help you to boost the performance.

Facebook and other social media apps are well known for creating residual junk files and large amounts of cache data. Facebook actually needs to save several cookies on the device to track the activity and personal data.

These cookies are stored on the cache data of Facebook. Clearing the Facebook cache can not only help you to get rid of junk files but also improve the performance of your Android device. 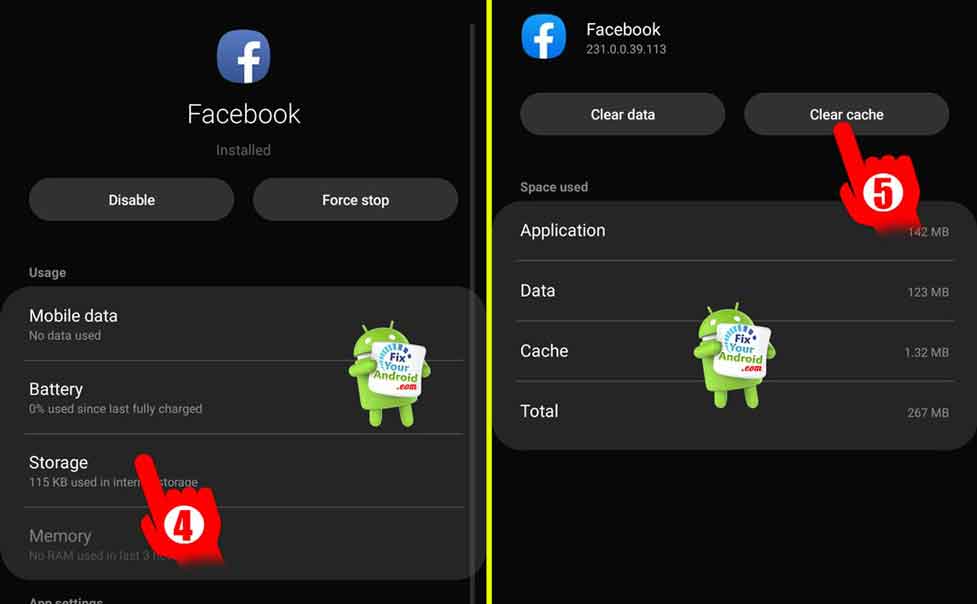 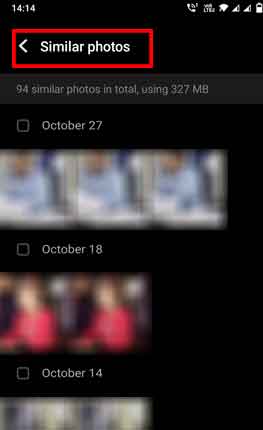 Delete duplicate trash files on Android is quite easy with advanced AI that lets you identify the duplicated images and delete them. you can also use some 3-party app to delete the duplicate photos from the gallery.

Apps are the big source of trash files on Android. We often tend to download and install several apps on the device. But, apparently, we use a few of them.

In order to empty trash on android, it’s a good practice to get rid of these useless apps. You can simply navigate to settings>apps to identify the unused apps and delete them.

If your Android is running on ANdroid pie or later, chances are you have a dedicated Recycle bin on the device. This Trash bin is used to store the deleted files from the gallery and file manager app and can be located within the app respectively.

All the deleted files and media are moved to this trash folder(recycle bin) and remain undeleted for 30 days before permanent deletion.

Make sure to empty the trash bin to free up storage and remove the trash files.

How to locate Recycle bin on android?

Any file or data on Andoird that is useless is called trash on Android. These files include cache data of the app, temporary cookies created by browser, duplicated photos, Whats app media and chat, chatting apps backup folder and others.

Is there a Deleted Items folder on Android?

Android devices running on Android 9(Pie) are equipped with deleted item folder or Recycle bin. This folder is used to store the files and media deleted from the gallery and file manager app. Users can access this trash folder at the bottom of the respective app labeled as deleted files.

How do I empty the trash on my Samsung?

To empty the trash folder on Samsung, simply navigate to Gallery and find Recycle Bin and delete the files in the folder. You need to do the same with the My Files app on Samsung.

To empty trash on Android you need to clear several unused files, temporary cookies, WhatsApp chat backups, empty recycle bin and others. Deleting trash files not only helps you to free storage on the device but also boosts the performance of the device. This was a guide guide to empty trash and delete unused files on the device. Don’t forget to visit the How to section to learn more about android.