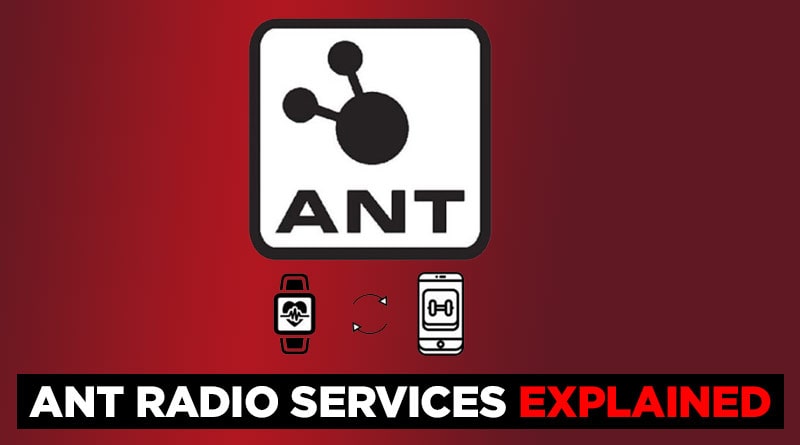 What is ANT Radio Service?

The ANT Radio Service is a component-based service on Android phones installed by mobile manufacturing companies to boost the performance of the pre-installed hardware ANT Radio functions in mobile devices.

It’s however, not an essential part or component of the Android device. Rather just a piece of app package which is associated with hardware components of your Android phone.

It works together with Ant HAL Services to ensure the proper establishment of connection among your Android and external gadgets using Bluetooth, wifi or NFC.

What does ANT Radio Service do? 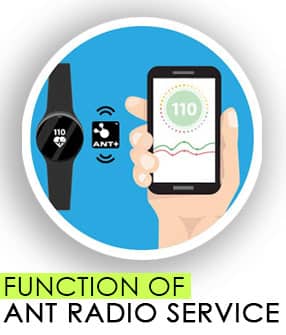 ANT Radio service is a pre-installed setting made by the manufacturer of your device or included as a portion of an update to your Android phone by smartphone and carrier producers to enable the in-built ANT interaction hardware already available on your phone to work.

It shares similarities with the component of your device system which allows another type of wireless connection on your android phone (ie. NFC, WiFi).

It may not function or utilize your system fundamentals except you activate the application that needs the wireless connection of ANT.

Read Also| Bluetooth Keeps Stopping on Android? How to Fix the Error?

How To Use ANT Radio?

The ANT Radio services can be used to transfer data between ANT Radio supported devices and Android.

ANT+ allows you to view your sport, fitness and health monitoring data in real-time on your mobile device. Choose from a variety of phones and tablets with built-in ANT+ support, or connect to virtually any Android or iOS device with an ANT+ accessory.

You need to get off the thought that an ant radio service app underscores AM or FM radio services. The term radio is broad, if not expansive, and means wireless signal.

This implies that besides the AM or FM radio stations tuning, a lot is involved. Of all the functionalities, the data transmission aspect of the ant radio service especially matters, which this article focuses on.

Is the Ant Radio service a pre-installed app?

As we mentioned above the Ant Radio service are pre-installed on all modern android phones running on android 10 and later. Stil you can confirm the existence of Ant Radio Serivice app by navigating Settings, then Applications, and if the app is pre-installed, you should see it beside other applications.

If, after checking the two, you notice that it is among other apps such as IMS service but has a gray background.

It simply means that the ant app is inside the device but has not been activated. You can activate it immediately by completing the installation. Or when you have a fitness tool you would like to connect to your smartphone for wireless data transmission.

What is ANT Plus?

ANT Plus or ANT+ products are the gadgets or devices that are connected to Android devices using the ANT service on the device. ANT USB Stick, Selfloops ANT+ Accessory, Tacx T2090 and ANT+ Dongle micro USB are the accessories are called ANT+ devices.

What devices use ANT+?

Android phone running on Version 3.0 or later that support USB functions, use the ANT USB stick plus. Here is the list of all the devices that use the ANT+.

Besides these devices, Android phones like Nexus and Pixel phones make use of ANT+.

We shouldn’t also forget the Huawei products as their recent P9, P10, as well as P8, enable the ANT+.

Furthermore, devices that run on Android version 2.3.4, higher and have no USB host ability can make use of the Android ANT + accessory too.

The following are a list of popular apps with ANT

What is the use of ANT+ in Samsung?

Nowadays people are crazy about health and fitness kinds of stuff. The ANT radio service helps you to connect a smartwatch or Fitbit to your Samsung android phone.

In such the use of ANT+ in Samsung cannot be overemphasized. It helps you to use the S Health app on the device.

Here is a quick list of ANT+ profiles supported by Samsung

No, Ant radio service is not a necessary component for Android to run smoothly. But if you are trying to connect gadgets like Fitbit or Smartwatches it is required to have Ant Radio services enabled on your Android.

In a nutshell, If you are a fan of heath gadgets and a fitness freak, you will require the Ant radio service on your Android in order to properly establish the connection from your android to such fitness gadgets.

What is Ant+ plugins service?

ANT+ application or plug-in enables the phone to utilize services like:

Fitness gadgets: An ANT+ enabled Fitness gadget like FitBit uses the plugin to establish a connection to Android mobile and display accurate data like your workouts, steps etc.

Many Android mobile devices support ANT+ natively. If your device is listed on the ANT+ Product Directory, simply install your desired ANT+ enabled app and the following free services from the Google Play Store (which are typically pre-installed).

What is ANT radio app?

ANT radio app is an app kernel software integrated by a mobile manufacturer as a kernel OS on Android. However, it is not visible to users while initiated by still it plays a vital role in establishing the connection between your gadgets and Android mobile.

The protocol of ANT is similar to that of Bluetooth which is mostly utilized for fitness and sports connectivity. When it is pre-installed by your device producer, it shows up as an icon allowing ANT+ connectivity.

You must be thinking that you have never used ANT radio to visually connect any device to an android phone. Instead, it was always connected using Bluetooth. Well, then let’s see a comparison between ANT+ vs Bluetooth.

However, most modern android devices have ant radio app pre-installed on the device. But, if you find it hard to connect and use your health device to android, you can always download and install ant radio service app from Play store.

Is ant radio service app a virus or spyware?

Data integrity is widely compromised today, as seen in the numerous cases of illegal transmission of information from people’s devices to third parties who use it for material gain, defamation, cyberbullying, or as incrementing evidence.

In such, suspecting ant radio service as spyware or virus of obvious.

The straightforward answer to the question; No, ant radio service app is not a virus or spyware and it complies with Google Play Protect policies, meaning that the possibilities of data corruption are almost null.

Should I uninstall the ant radio service app?

Ant Radio service or Ant Plus is not an essential app for android. Also if you are not using the fitness device with your android, then you can simply uninstall Ant Radio app and Ant Services from the device without affecting the functionality of your android.

And the cherry on the cake, you can always install it from Google Play store when required.

Nonetheless, you can follow the android instructions for obtaining root access. Once done, you can get rid of the ant radio service app using ADB Debugging or an application remover.

Otherwise, you can select the app drawer or locate ant radio service under Settings and click ‘Uninstall’ to confirm the action.

ANT Radio services is a kernel OS software package on Android to establish a connection between gadgets like Fitbit and smartwatches using wifi, Bluetooth or NFC or access necessary resources like a camera on your Android.

The ANT radio service helps you to connect a smartwatch or Fitbit to your Samsung android phone so that their gadgets can reflect the result on the device.

Android phones like Samsung are well popular for installing ANT Radio service using ANT Plugins. Don’t forget to check our ABOUT section for other information guides for Android.