Meta app manager is a part of Facebook app on Android devices that is reflected in the Google activity log. The app is installed with a package name com.facebook.appmanager that is accountable to help the Facebook app and it’s associated to run the services. Know more about Meta app manager. What is it used for? What permission does Meta app manager have on Android. Is it safe and how to remove it from your Android? Let’s dig out the answers.

MetaApp Manager is an app installed on the android device that is accountable to help the Facebook app to manage and updated the Facebook-related services along with Instagram, Messanger and Facebook itself.

You can’t find a stand-alone Facebook app Manager app on the App drawer but the app can easily be spotted running in Google my activity tab.

All the apps installed on Android have it’s own unique package name that helps the developer to identify the app to the Android system and developer as well. 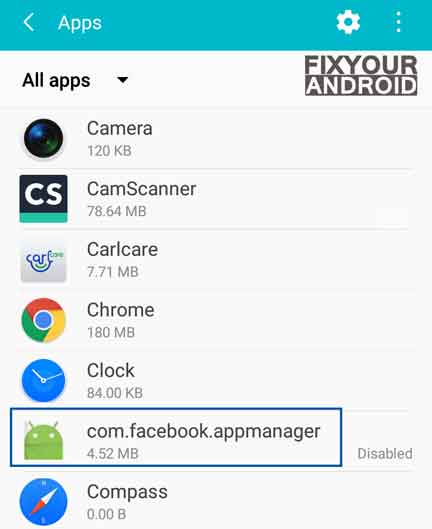 You can spot the com.Meta.appmanager on your android by navigating to settings>apps>system app section.

Read Also: What Is com.facebook.katana and How To Remove It? 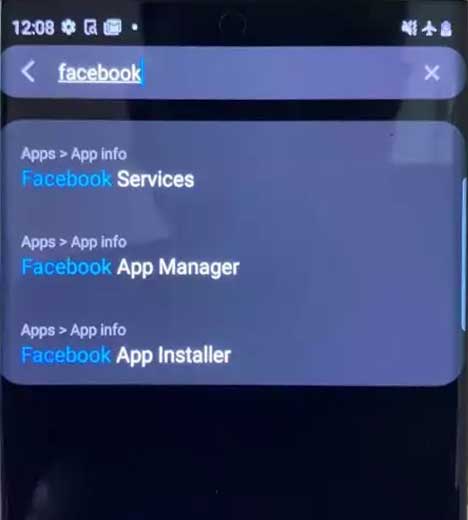 These apps are directly associated with the native Facebook app on your Android and each of them serves different purposes.

Interestingly, the Meta.app.manager is useful to your Android device. Imagine what would happen if the Instagram, and Messenger apps were not updated. Of course, it would be disastrous because some functions would be compromised.

Facebook app manager doesn’t have any specific permission on the device. But, to run in the background it uses the phone permission along with mobile data access permission to keep the primary Facebook app up to date.

No, Android phone doesn’t rely on any third-party app or service. Also, Facebook App Manager is not an essential app for Facebook-related apps to run. But, the app definitely affects the user experience in terms of updates on the Facebook app itself.

No, Facebook app manager is not a virus, malware or spyware. The app is developed by Samsung Electronics that is completely safe for the device.

The app is completely safe and shouldn’t be considered a virus or Bloatware.

Read Also: How To Know If My Android Is Hacked?

This is a quite common error for android apps as the corrupt app itself or cache data may trigger the error on the device. Here are some primary reasons that might keep the app crashing.

Cache data or files help the app to run smoothly on the device. This enables a lag-free user experience by letting the apps store the temporary data.

Sometimes, an overloaded cache or error while creating the cache caused by force closure of the app may cause the cache to malfunction and this causes the Facebook Manager app to crash and show the “Unfortunately com.facebook.appmanager has stopped” message.

If there’s not enough free memory on your device then the app might stop working suddenly. It happens on devices with low RAM because the device cannot provide enough Free RAM for the app to work.

A corrupt Meta App Manager app itself can cause the error.

What so ever the reason is to cause the Facebook App Manager app to crash or stop unexpectedly.

How to Fix Meta App Manager Not Working

Here are the methods to fix the com.facebook.appmanager or com.Meta.appmanager crashing problem on android.

If the problem persists and the error keeps popping up again and again the error might be caused by the app itself. In such uninstalling and resetting the primary Facebook app will resolve the issue.

Just tap and hold the Facebook app and select the uninstall option to remove the app from the device.

Once the app is uninstalled, reinstall the Facebook app from Google Play Store and this should hopefully fix the error messages.

The app keeps running in the background to keep the Facebook app up to date. This continuous process makes com.meta.appmanager uses resources like mobile data, location and other resources on the device.

Is it safe to disable or uninstall Facebook app Manager?

And I think it is simply just a waste of bandwidth, you can still selectively update apps that you find worth updating from the Play Store. you should disable or uninstall it if you are using a limited Internet connection at home or using mobile data.

What happens if I disable the Facebook app manager

Some of the outs of the Box functionalities could be reduced. You may need to update apps through playstore. Leaving this, nothing much would happen on deleting the Facebook app manager.

Facebook App Manager refers to package files or Facebook sub-app that enhance users’ experience while Face-booking. The app is accountable to help the primary Facebook app to run the associated service to keep the apps updated.

The app is installed with a package name com.facebook.appmanager and developed by Samsung. The app is completely safe and can be uninstalled using ADB or System app remover. Don’t forget to check our ABOUT section for other information guides for Android.