So, you are now pretty much aware of the term daemonapp. But the question still remains the same ‘What is com.sec.android.daemonapp?’.

com.sec.android.daemonapp is an app package or app on Samsung Android devices that help your Android to propagate the data for widgets like, weather app, stopwatch, Camera, stock updates etc.

The app package keeps running in the background of  Samsung Android mobiles and helps these apps to use the resources to keep running.

What is an Undefined Daemon App on Android?

The Unified Daemon application is a support provider app package on Samsung Android for several Android apps on your mobile. Apps like Weather, News, Yahoo Finance are the name of few apps that uses the Undefined Daemon App to use the resource on Android.

Can I Stop Undefined Daemon App?

Undefined Daemon App on Android has nothing to do with user data and privacy. The package stays in the background and uses cellular data when called by related apps. 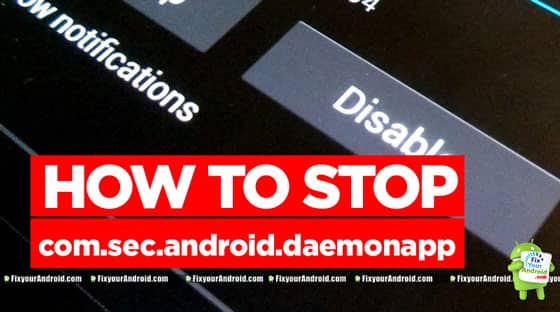 Stopping Undefined DaemonApp on Android may cause some errors while running certain apps on your mobile.

It’s recommended to reduce the refresh rate of the apps like weather widgets, news, etc to reduce the execution and usage of mobile resources by Undefined Daemon App

Uninstalling the Daemon App on Samsung devices is not possible without root. However, you can always disable the data usage and restrict it to ‘wifi only’ mode in order to save your expansive cellular data.

Meanwhile, if you are still not convinced and want to get rid of the Undefined Daemon App, you can always disable it by following the steps below;

How to Disable Undefined Daemon App? 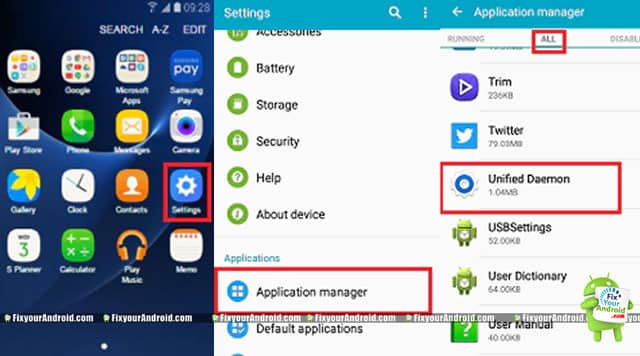 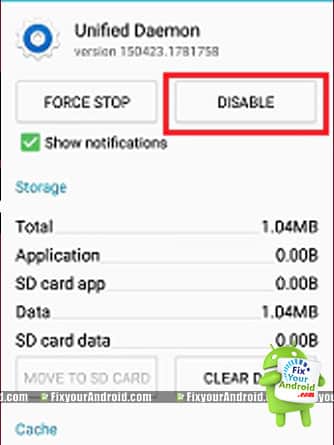 com sec android daemonapp is completely safe and doesn’t contain any malware or spyware. But, if you are on a paid data plan then chances are the app may cost you more as it is data-intensive system app.

A “daemon” is a process that runs in the background without owning a GUI. Services are usually daemons, and daemons are typically considered services.

However, the exact difference between services and daemons is blurred.

In general, they can be considered the same entity. However, some people use “daemon” to refer to a piece of software and “service” to refer to the actions and APIs offered by a daemon.

A typical example of a daemonapp is KLMS agent which helps KNOX security to keep running in the background.

Unlike daemonapp which keeps running in the background and helps other apps to use other resources like camera, mobile data, wifi, and screen widgets, services on Android phone is a program or app package that responds to the calls of other apps or programs over some inter-process transmissions.

The com.wssyncmldm and com.samsung.android.incallui are the perfect example of app services on Samsung Android.

RELATED: HOW TO FIX “IMS SERVICES HAS STOPPED” ERROR ON ANDROID?

Difference between Service and Daemon

The term service on android refers to software operating in the background on the device’s operating system. Unified Daemon does not exploit Graphical user interface (GUIs), and it responds to signals from other programs on issues involving inter-process transmission tools. It can be said to be what the server renders.

Daemon is a background app that runs without communicating with other programs and, as such, is known as a non-interactive program. There is an inter-relation between services and Daemon since sometimes these terms are used interchangeably and are of the same entity.

Here is the comparative data to understand the basic difference between Service and Daemon.

Can I uninstall the com sec android daemonapp?

No, You cannot uninstall com sec android daemonapp from android as there is no suttle way or option to do so. It can only be removed or uninstalled by rooting the device.

How To Fix com.sec.android.daemonapp Has Stopped Working?

This error is quite common on android devices often causes by corrupt cache data or force packages malfunction. It can be not very pleasant with constant messages on the screen. Fortunately, we bring various methods to fix com.sec.android.daemonapp has stopped working.

What is SEC Android Daemonapp?

What are Android daemons?

A “daemon” is a process that runs in the background without owning a GUI. Services are usually daemons, and daemons are typically considered services.

What is COM SEC Android camera used for?

The sec is an acronym for Samsung Electronics Co., LTD. It’s a program module (“app”) that manages camera settings. Don’t delete it or disable it, or your camera will stop working.