com.google.process.gapps is a system app on android accountable to run the updates for the apps installed on the android phone. This also included all Google-related apps.

The GApps maintainers rely on build scripts that allow for the automated creation of new updated packages at regular intervals.

ROM developers, on the other hand, usually build the custom ROMs in such a way that an end-user can flash a third-party GApps distribution on top of their builds and seamlessly gain the ability to use the Google Play Store or any other applications that require Google Play Services.

How to fix com.google.process.gapps has Stopped Error?

This is a widespread error seen among Android phones, especially if you own a Samsung Galaxy, Motorola, Lenovo, or Vivo etc. But nonetheless, these problems can occur in any device and all we have to do is find a fix. The gapps in error message generally refers to Google apps. So, if there is a problem with Google apps on your device then it is sure you will encounter this message once.

The easiest method to fix com.google.process.gapps has stopped error on android is to force restart the device.

Force restart the Android system also make sure to recreate the cached data of specific apps that can help you to solve the error. Here is how you force restart your phone;

On some device, you might need to press and hold the volume down button+Power button together until the device is turned off. Once the device is powered off, simply release the buttons and wait for the device to turn on automatically.

Read Also: How To Turn Off Android Phone without Power Button?

2. Clear the Cache and Data of Culprit App

Cache and data history are nothing more than unused data that has been gathered over time. Every time you open a page, cache data is downloaded to stop data usage and use fewer data.

However, occasionally these lingering cache files are damaged and lead to problems with Google apps.

The data history and cache of programs should be periodically cleared. These steps should be followed in order to delete the problematic app’s cache history.

Clearing Googe Play store cache data comes in handy and can fix the “Looks like another app is blocking access to Google Play” error permanently.

A corrupt cache can keep the apps to run the desired service and may show anomalies. And same goes with the Google Paly store errors as well.

Once you have cleared the data and cache of Google Play Store, it’s time to check if the error is gone by simply downloading an app from Play store.

On the safe side, you can also clear the cache partition of your android to resolve the error.

The error message “process com.google.process.gapps stopped” may be resolved by clearing your app preferences. 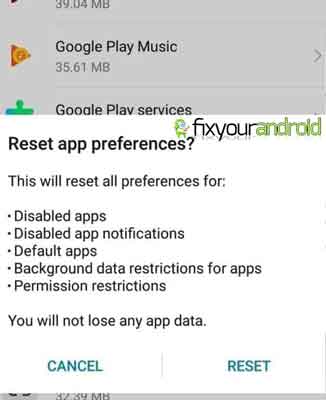 You don’t have to be concerned about losing any data or apps, but your Android smartphone will undoubtedly undergo certain modifications, such as permission limitations, modified default apps, disabled apps, location permission, etc.

However, as long as it addresses some crucial flaws, this shouldn’t be a problem.

Frequently, the Download Manager application can also be at blame for the “com.google.process.gapps has stopped” problem.

Once done, see if you’re able to fix Unfortunately the process com.google.process.gapps has stopped error. If not, then continue with the next method. 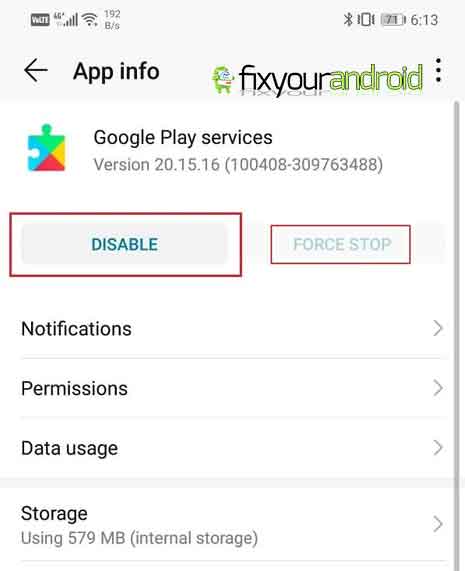 A popup menu will appear with three options they are, Over any network, Over Wi-Fi only, and Do not auto-update apps.

Finally, tap on the last option and press Done. 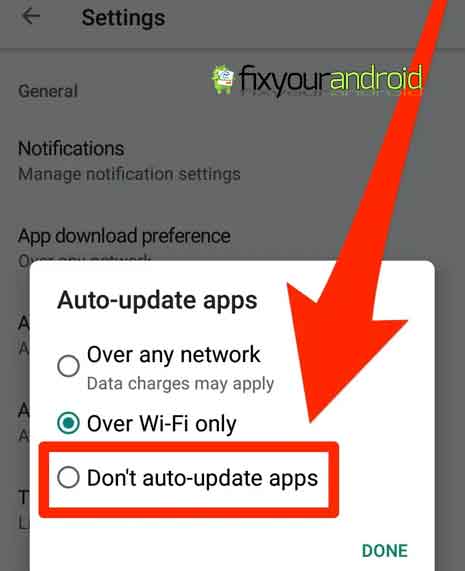 When trying to update an app, we occasionally encounter the error Unfortunately the process com.google.process.gapps has ended.

In such situation, you might need to turn off Google Play Store’s automatic app update feature. However, you should always remember to occasionally manually update apps on android. 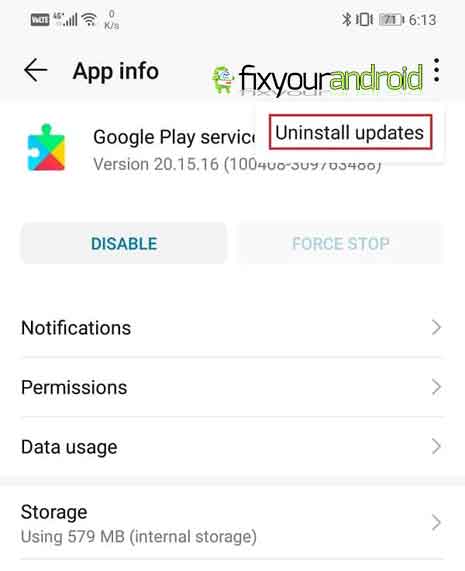 A conflict with the current Google Play store app version may be also the culprit causing to pop-up the “com.google.process.gapps has stopped” error.

In such, downloading the Google Play Store APK and installing it manually can help you to fix the error and install and update the apps without any error.

Before you proceed to download make sure, to download the latest version or at least the same version of Google Play Store you have currently installed on your Android.

Read Also: Fix “There was a problem parsing the package” Error

Issues with sign-in may also cause the Google play store to show the error, in such you need to remove the Google account from Android and sign in again.

But, make sure to clear the cache data of Play store before you sign-in back.

Read Also: How to recover deleted data from android phone?

The firmware update depends on the availability of the last OS firmware on the server. Still, you can install OTA update manually to fix the error.

Why My Google App is Not Working?

Like any other problems with Apps and Google Play store on android, the “Unfortunately, the process com.google.process.gapps” error is quite common that can be caused due to a corrupt cache and data of Google Play Store.

However, you can easily resolve the error by simply clearing the cache data of Google Play service and Google It’s easy to do this as you only have to go to Settings and click Application Manager or Apps.

Get the Google Play Service app from there and do the further process. Still, there are several other methods explained above you can use to fix the error if the cache clearing methods don’t seems to work.