What is MOV Video file Format?

A MOV file is a common multimedia container file format developed by Apple and compatible with both Macintosh and Windows platforms. It may contain multiple tracks that store different types of media data and is often used for saving movies and other video files. .MOV files commonly use the MPEG-4 codec for compression.

How to Watch MOV on Android?

Android devices are equipped with some default applications. A video player is also provided with compatibility to play most of the video formats including, MP4, AVI, MKV, MPEG, and others.

But, these default apps are not compatible with .MOV files. As .MOV files are highly popular and rendered by Apple products, Android avoids to embed to .MOV support to the video player which is strange.

But, you can still use some video player app to play .MOV on android. Download the app from Google play store and watch .MOV on Android mobile and tablets.

The question is, which .MOV player for Android is best? I personally suggest using an all-in-one player on your Android which can play all the video formats including .MOV, rather than installing a separate video player for .MOV on Android.

So, here we have listed some best .MOV players for Android users can use to play .MOV videos on Android.

Here is the list of best free .MOV video players for Android. All the apps featured here are completely free and can easily be downloaded from the Offical Play Store.

With the rapid development of the entertainment industry, the application is developed to support more powerful functions.

These apps are compatible to play .MOV on android and let you enjoy all the major video files on Android without worrying about the format of the video files.

We have listed the top 3 MOV player for Android with the convenience of playing MOV on Android and let you watch the .mov video format.

All the .mov players for android mentioned here are free to use and can support all the Android mobiles including Samsung, Samsung Galaxy, Mi, Redmi, etc. Also compatible with all versions of Android.

VLC media player is one of the best video players on PC. The easy interface and user-friendly video control UI make VLC the most downloaded video player.

With a huge range of supported video formats, VLC media player has ruled the world of video media players.

VLC for Android is another approach by the developer in order to run the Android market as well. VLC player for Android is one of the best video players you can use to play .MOV on Android. This supports all other video formats as well.

So, it’s a better idea to use VLC as your default video player to watch .MOV on Android with other video format files.

But, recently there was a bug detected on the VLC media player on the PC version. I suggest you wait until they fix the bug. However, there is no evidence of bug on the Android version of VLC media player.droid

MX Player is another popular video player abb used on Android mobile. But, do you know that you can play .mov on Android using MX player Android App.

MX player not only supports .MOV video files but can also play almost all the video formats you can ever name. If you are fond of MOV video files, MX player is a must-have MOV video player on Android. 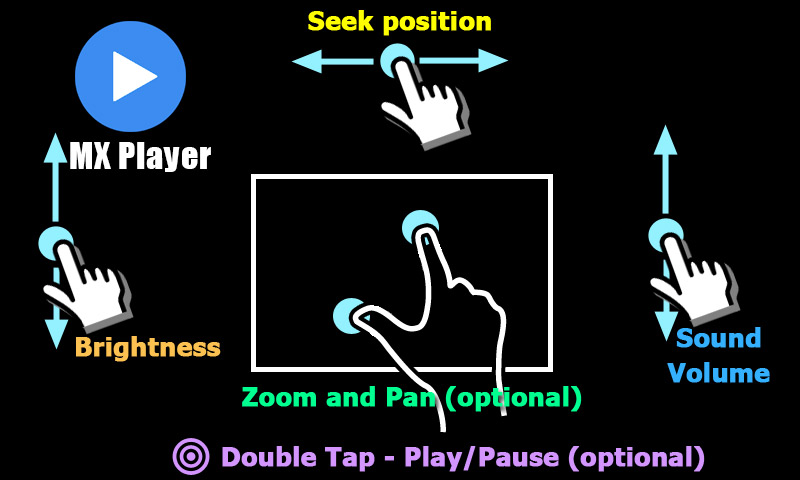 Easy to use interface and friendly UI provide you with complete control while playing a video. In addition, this player also supports GUI to download Whatsapp Status without any third-party app.

Wondersahre Player for Android is another free video player you can use to play .MOV on Android. Wondershare is a popular brand established for cratering video editing software for PC including Windows and MAC.

Now Windershare has introduced a video player for Android devices that can play almost all video formats including FLV, MKV, AVI, ROMB, MP4, MOV and many more.

You can watch MOV on android using this free video player. In addition, you can directly stream your video from YouTube, Vevo, Metacafe, Vimeo, etc.

GPlayer is one of the best .MOV video players for Andriod on the list. This free video player for Android can play almost any video without any use including MOV, MKV and MP4 as well.

One of the best feature of the app is the Multi Window support that lets you play multiple files at the same time.

Using this MOV video player on Android you can also stream video urls along with sharing of media over Wi-Fi networks.

The interface of this player is quite user-friendly and a fully customizable layout gives you the liberty to customize the buttons and video screen.

In addition, the MOV player also supports various other file formats likeMP3, WMA, WAV, AAC, etc. The group sharing function of the player allows transferring and receiving videos from the interface itself.

For those who are seeking an optimum video player for their Android smartphone to play MOV video files, GPlayer best option for them. The app is free to download from Google Play Store.

KMplayer is one of the best MOV players for Android that supports playing almost all types of formats and supports video streaming as well.

The free video player for Android supports hundreds of video and audio formats including MOV,MP4,MKV,3GP and others.

The app is absolutely free to download and use across all Android devices including Android mobile and tablets.

Last but not the least, BSPlayer for Android has all the qualities to replace all other contender MOV video players in the list of top 6 MOV players for Android.

In addition, you can also add subtitles like ssa, ass, srt, and sub.txt, while playing a MOV video on the player.

The free version of this app to play MOV files on Android comes with ads while the premium paid version does not have ads and comes with added features.

For basic users, a free version is quite useful and can easily multiple video formats with dual-track audio support.

Can I play .mov on Android?

How do I convert MOV to mp4 on Android?

You can use any video converter app to convert MOV video to MP4 on Android.

Why video is not playing in Mobile?

Corrupt video files or unsupported video player can cause the error. Check if the video format is supported by the player

.MOV files are not supported on major video players on Android. In order to play MOV files on Android, the user needs to install a third-party video player. There are several other mov video players for Android you can use to watch .mov on Android. However, you can also convert the .mov files to another video format which I don’t recommend. Use these free apps to watch .MOV videos on Android and stay cool. Also, don’t forget to check our APP section for other useful apps for Android.