Proxy Handler is another system app on Android. Like other system apps on Andriod. ProxyHandler has its own significant usages. This is an important system app pre-installed on Android devices including mobiles and tablets. But, what is Proxy Handler on Android? What is it used for and how to troubleshoot common errors caused by it? Let’s find the answers.

What is Proxy Handler on Android?

Proxy handler on Android is a system app accountable to handle the proxy configuration for or with other apps in the device.

This is a factory-installed app on all android devices that manages and handles the proxy settings along with VPN and Wifi settings.

Use of Proxy Hadler

The proxyhandler on Android helps users to configure the Proxy settings for wifi and VPN communications. This is a pre-installed app on android devices and tends to keep running in the background.

The app tends to keep running in the background on Android devices. In addition, the app has other access permission like;

As we all know, the app is a system app pre-installed on Android and plays a significant role in the access and setup of proxies.

Yes, Proxy Handler is completely safe and can be left running on the device. Also, it is not possible to disable or uninstall it.

However, users have rep[sorted that some of the antiviruses detect com.android.proxyhandler as a virus which is completely false.

My Antivirus detect com.android.proxyhandler as virus?

Proxy Handler(Package name-com.android.proxyhandler) is not a virus itself. But, if you are using a VPN then chances are the device is infected by a virus.

In such you are required to remove all the saved Wifi connections and try re-connecting without an active VPN.

Android apps time out connections after setting up a PAC proxy 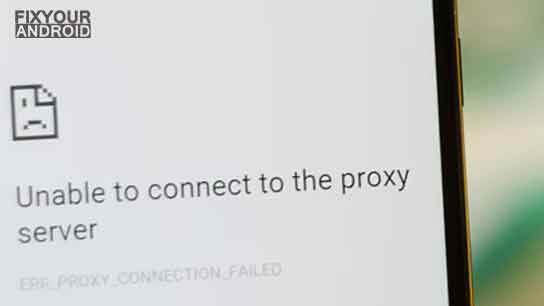 PAC Proxy or Proxy Auto Config is configured profile for Wifi connection on Android. Getting the “Unable to connect to the proxy server” is quite common on Android Oreo and later.

The battery optimization on Android 10 or later tends to kill the inactive apps forcefully unless its media app or the app is not running in the foreground.

In a PAC Proxy configuration, the Proxy Handler play an important role in intercepting all network connections and forwarding them to the appropriate proxy server depending on your PAC configuration, with the PacProcessor, responsible for interpreting the PAC file.

The Android system detects these packages as a threat to battery life and tends to kill them to save battery. Hence causing the error.

In order to stop getting the “Unable to connect to the proxy server” error all you need is to disable the battery saver mode. Also, don’t forget to exclude the com.android.proxyhandler in battery optimization settings.

What is PACProcessor on Android phone?

PACProcessor (or Proxy Processor) is used for the purpose of lowering the amount of data needed on both sides of the proxy and for giving a certain degree of anonymity to the user (ie masking the users’ accounts info, locations, device info, identities for the purpose of preserving the privacy of each individual user).

Proxy Handler(com.android.proxyhandler) is a system app package pre-installed on Android devices. The primary function of the package is responsible for intercepting all network connections and forwarding them to the appropriate proxy server. The app keeps running in the background and some of the antiviruses may trigger it as a virus. But, the package is completely safe and the virus alarm can be fixed by simply deleted the existing wifi connections on the device.