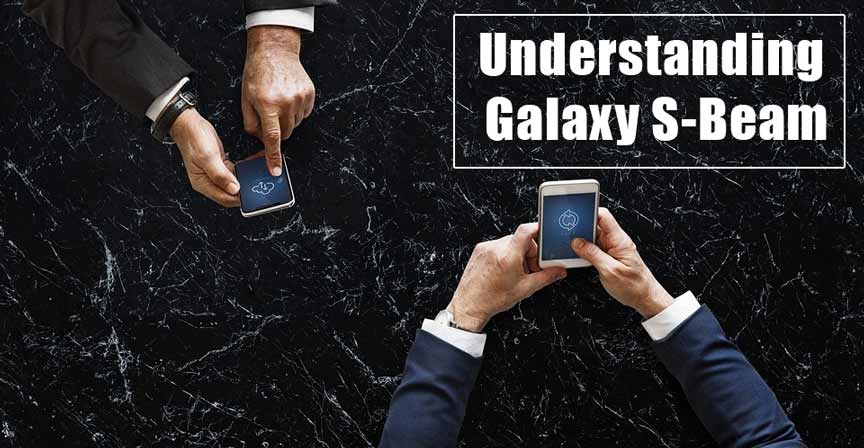 Means in order to transfer the files, videos, images and, data through Android Beam, you need a beam supported mobile.

Later, Samsung developed a separate Beam technology and named it S- Beam. S-beam uses NFC technology to transfer the data across NFC enabled devices with a device tap and touch.

But, unlike Android Beam, the S-Beam uses Wifi-direct and NFC(near-field communication) to transfer data across Samsung Galaxy S mobiles.

This results in faster transfer speeds between devices that feature S Beam. S Beam is limited to devices with S Beam support, Wi-Fi Direct, and NFC such as HTC One and Samsung Galaxy S III.

Most of the modern Samsung Galaxy S series(Galaxy s2, Galaxy S3, Galaxy Note, etc.) are equipped with Galaxy S-Beam but if you are curious to know if your Samsung Galaxy is S-Beam enabled you may check for it.

RELATED: How To Transfer File From Android To Android

How To Check If Your Samsung Supports S-Beam?

Samsung Galaxy S-Beam is hardware and software-related feature. To start transferring files using Galaxy S-Beam you should know whether your Samsung is S-beam enabled or not.

Follow the steps below to check if your Samsung supports S-Beam;

You can find the option to enable/disable the S-beam only if your Samsung devices support S-Beam. Enable NFC and S-Beam to transfer files across Samsung Galaxy devices using S-Beam. Find the list of S-Beam Supported Devices.

As we discussed above that your devices must support S-Beam in order to Beam files one mobile to another. 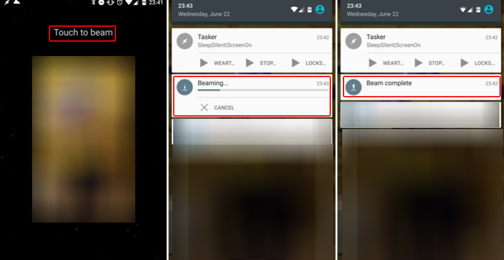 Assuming both Android Beam and NFC are now set up on both phones, the transfer process for files can begin. All you have to do is to place those devices back to back against each other.

Then you check out if the content you want to transfer to the other phone is on your screen. If the files opened on another device supports sending via S-beam. You should see a “Touch to Beam” caption on top. Follow the steps below to send files and contents using S-Beam.

You can beam almost any content across S-Beam supported device. You can transfer and share all the media, Documents, Images, Videos and all.

Here is the beaming content type and precess of sending them using Galaxy S-Beam.

However, the files sent via S-beam is transferred with a maximum speed which is quite high as compared to another form of data transfer.

But still, the transfer speed depends on the size of the file. But what about other types of content? It depends, but here’s the quick run-down:

As soon the Beaming of music is finished, it will open the default music player and play the received the music.

You make like this: How to Transfer Photos and Videos Wirelessly

The receiver device will start playing the video by opening the default player as soon as the S Beaming is finished.

Just launch to the app to be Beamed on the sender mobile and beam it using the usual way of Beaming.

Samsung’s S Beam AKA Galaxy S Beam is an advanced version of the standard Android Beam. While an Android beam uses NFC and Bluetooth to send and transfer across the devices. Whereas, Samsung’s S Beam uses Wi-fi Direct to beam the files and contents. Which makes the content transfer quite faster.