Bloatware is pre-installed apps on Android phones including Samsung used to run some stying and widget apps on Android. RoseEukor, CoolEukor and Chocoeukor are some of the examples of Bloatware.

Most Android users find bloatware useless as they keep running in background and eating memory and battery as well. This urges users to find a way to remove bloatware from Android.

How to Remove Bloatware?

Removing some bloatware is however not suggested as they are essential for the normal functioning of android. While other bloatware is safe to remove.

To remove Bloatware from Android

Whereas some bloatware are stubborn and you need to root your Android to remove them. Here we have explained an easy method to remove bloatware from Android without root.

How to Remove Bloatware Without Root Using PC?

This method to remove bloatware from Android without root using a PC software called Debloater.

Developed and designed by XDA Forum users, it is an open-source software you can use to disable or remove bloatware from any Android device ranging from several OS versions and manufacturers.

Download Debloater for your Android phone from the official website. Install the package and open the run on PC.

Note: The software is currently available for Windows OS only. So, make sure you are using a Windows computer(works with any version) to install it.

Now once you are ready with the software, it’s time to connect your Android to PC to remove bloatware. 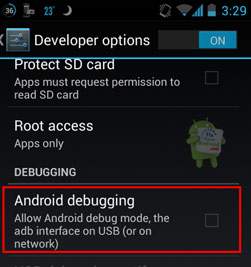 Before we begin, make sure to enable debugging mode on your mobile. You can easily enable USB debugging mode by going to the developer screen. Connect the Android to PC and wait for the software to detect your Android phone.

Once connected, click on Read Device Packages under activity status on Debloater to fetch the list of apps including bloatware installed on Android. 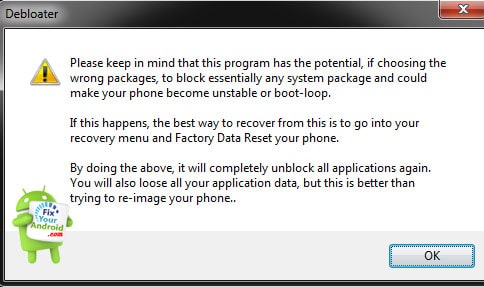 Click “ok” on the pop-up warning. Don’t worry it won’t delete any data from your device.

Select the bloatware you want to remove using the checkbox from Android and click on Apply.

This will kill all the selected bloatware. disconnect the mobile and restart the device. Bingo!! You have just removed the unwanted bloatware from your Android. Alternatively, you can check the guide here How To Uninstall System Apps On Android (With and Without Root).

Most of the pre-installed apps on Samsung Android are harmless and don’t affect your privacy. But, still it might be eating Android resources and draining the battery. It’s always a smart move to get rid of Bloatware from Android to save RAM and extend battery life.