Is there any network Analyzer tool like Wireshark for android?

Wireshark is a network sniffing tool used to monitor traffic and capture packets on the device. This network analyzer tool is quite popular for tracking network usage and monitoring data sent over the network.

So, is it possible to use Wireshark on Android? Is there any official version for Wireshark android? If not then what are the alternatives to Wireshark you can use on android? Let’s find the answer.

This article explores Wireshark and its usages also what are the alternative to use on Android as Wireshark.

Can you use Wireshark on Android?

Unfortunately, Wireshark is not available for android. But, you can still find several other apps like Wireshark for android to use for packet sniffing and network monitoring.

Is there a packet sniffer for Android?

Yes, there are several network Analyzer tools like Wireshark for android you can use for packet sniffing and network monitoring. SSL Capture, WifiAnalyzer and WPSApp are a few of them.

Sadly, the Wireshark tool is not available for android. Also, there is no source or third-party app store you can download Wireshark APK to install on android manually.

But, you will be glad to know that there are several Wireshark alternatives for Android to monitor the traffic and analyze the network like Wireshark.

Here is the list of 15 Best Wireshark Alternatives for Android

When it comes to Wireshark alternatives the CloudShark definitely wins the race. CloudShark is a web-based platform you can use on Android to monitor the traffic over Network and also diagnose a network problem if exist.

In terms of uses, Cloudshark works differently as compared to Wireshark although the purpose is still fulfilled.

This Network analyzer tool doesn’t allow you to capture the packet but you can view and analyze them. Show clouds air is best for analyzing and sharing and collaboration. Here is a beautiful video by HakTip explaining the uses of Cloudshark.

CloudShark is a web site that displays network capture files right in your browser instead of running desktop tools such as Wireshark.


The tool is highly useful and popular among professionals where they need to share network data with colleagues. CloudShark is an online implementation of the WireShark packet dissector.

CloudShark is not available to download from Google Play Store but still, you can use some third-party APK stores to download the CloudShark for Android.

zAnti is another network analyzer for android you can use. This Wireshark alternative for Android is a complete network penetration testing tool that allows you tomorrow enter the network traffic and analysed them.

The tool can help you to make the right decision by testing the traffic in terms of HTTP. Also so you will be able to get all over the sessions on the network with full control over it.

The truth is that you’re better off having a rooted device if you want to be able to make the most of all its functions.

You have to bear in mind that in the case of suffering an attack carried out from another smartphone, that device will probably be rooted to be able to make use of certain tools.

If there is a gap in your network, zAnti will let you know how that gap can be decreased or removed completely.

csploit is quite similar to zAnti for android. This Wireshark alternative for Android is a complete penetration testing tool as well and you will never face a network problem when you start using it. It is very difficult to understand the local network of a computer generally.

When used with self-host, it is quite fast and smooth to analyze the traffic and monitor. Probably the only tool that allows creating a  host as well.

Besides csploit also allows keeping an eye on the network traffic with real-time monitoring. This makes it easy to analyze the problem to the network and restrict the medium.

As the name suggests itself Packet Capture is a magnificent tool for network packet capture and monitoring. As compared to WireShark this tool has something different to offer. The tool uses a VPN(Virtual Private Network) to perform the tasks.

Packet Capture is a perfect tool to capture and record all your traffic using Android.

Decrypting SSL communication using MITM attack(Man in the middle) is not an easy task but packet capture has made it work too. You need something that is very simple to use and very simple to understand at the same point in time.

In order to capture the traffic for HTTPS, the tool requires you to get SSL certificate. You can still use the tool to monitor the network packet for free for HTTP traffic. If you are seeking a Wireshark alternative on android for traffic sniffing and debugging then Debug Proxy is the best tool for you.

This Network analysis tool captures all the traffic on the network from all sources. With Debug proxy capturing traffic in the native code is very difficult in the first place. You would not find a source that will do it for you unless its name is debugging proxy.

Also, it is easy to find out the entire network using Debug Proxy for android. Besides, the tool also supports network monitor and capturing packets for HTTPS and Non-HTTPS traffic with SSL certificate.

This is another app that is absolutely free so you do not need to worry about the cost involved here either. You need network assurance and security in case of SSL monitoring and there is no better way than debugging a proxy to procure it.

This Wireshark alternative for Android allows you to monitor and analyze the traffic and packets on all the devices using the same network.

This free tool allows you to not only capture the packets on the network but also lets you debug and find solve the network problems as well.

Host discovery, checking internal and external network vulnerability, inspect networks are a few of the main features of the Wifinspect tool.

NetMonster collects, shows and stores information about nearby cell towers. Each tower has its unique set of identifiers and NetMonster will show you them.

During collection, it automatically attempts to guess the location of each tower. In select areas and countries, precise locations are available.

The app collects the data from a nearby tower and helps you to identify it almost immediately.

Like most of the Wireshark alternatives for Android, NetMonster is completely free and you do not have to pay for anything. 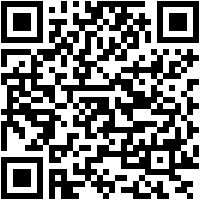 As compared to WireShark the tPacketCapture allows you to analyzes the entire thing very nicely and tries to do the same job that any other platform would try to do. But the way it does it differs altogether.

The basic version of this app is free but there is a paid version available too in case you want to understand the entire scheme of things vividly. The app is however free to use but one requires to have an advanced level of skill to install the app on android as it’s quite complex. But, the tool is quite useful and worth the tiresome installation process.

Mojo packets will let you know in both situations and you will never be required to risk it. The collaborative troubleshooting is very much feasible through the medium of mojo packets too.

SSL Capture lets you capture http and https packets via VPN service. Also, the tool can decode and save the captured data automatically and makes it available whenever required.

An awesome and useful tool for network analysis especially for Android developers. Another Wifi Analyzing tool for Android that allows you to monitor and Optimize the wifi network and signal. User privacy and security is a huge concern these days and WiFi Analyzer is designed to use as few permissions as possible. 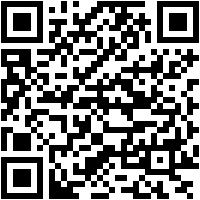 The next app like Wireshark for android in the list if WPSApp. This is not a complete network sniffing app as compared to WireShark but worth a try.

This app allows you to checks the security of your network, check if the network is vulnerable, view Wifi Password and other common network-related tasks on Android.

Some Samsung models use encryption and do not show real passwords, they show a long series of hexadecimal digits. Look for information on the internet or contact me if you want to know how to decrypt them.

This app uses these pins to try the connection and check if the network is vulnerable. It implements several known algorithms for pin generation and some default pins.

Also calculates default key for some routers, allows you to view WiFi passwords stored on the device, scans the devices connected to your network and analyzes the quality of the WiFi channels. 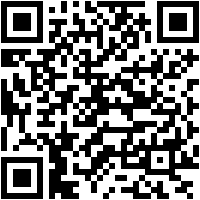 WireShark is one of the popular network analyzing tools for Windows PC. The tool lets you capture the packet, network sniffing, traffic monitoring, and other network-related tasks. Unfortunately, The Wireshark is not available for Android. But, you can use some after alternative to Wireshark for android./ The post features all the network analyzing tools you can use on android like WireShark.