The ‘Process system isn’t responding’ error on Android is a common glitch or issue you might encounter. The error is quite common but the Android phone’s from Samsung and Alcatel seems to show the error more frequently.

Users have reported getting the error while updating the apps on android or installing a new app. The error usually shows up as a pop-up without any error code, unlike the Google play store.

As there is no error code available to the error, it is a bit hard to pinpoint the reasons and solution to the error.

Stick to the article and we shall learn all the possible reasons behind the error and how to fix the ‘Process system isn’t responding’ error permanently on Android.

As we mentioned above, There is not a certain method to fix the error but still, here are some working methods you can try to resolve the “Process system isn’t responding” error.

This allows your Android OS system to rearrange all the files and remove unnecessary junk files from the cache.

It also ensures to sync of data between your device’s cache memory and newly installed apps. Restarting the device is quite easy all you need is to press the power button and select the shutdown or restart option.

Another working method to fix the error is to update Google Play Store and installed apps to the latest version. Either automate this thing by enabling “auto-update” in the setting in Google Play Store or you can choose to update the apps individually.

We have a beautiful guide here to update the Android apps to the latest version which might help you to achieve the result and resolve the “Process system isn’t responding” error.

cleaning the device cache usually clear the process system is not responding error forcing the device to recreate the temporary files used to access the app.

Clearing cache on the device does not delete any existing app or data stored on the device. It usually deletes the temporary junk file created by the apps.

Here is the steps to clear the device cache

Are you using an external SD card to install apps on your device? Typical SD card usually have low data write speed that may cause trouble with the Android process system. In order to resolve the error try moving your installed apps from SD card to internal storage on the device.

You can easily move all the installed apps from SD card to phone internal storage either by using some online available tools or simply uninstalling and installing them back.

The above-mentioned method did not work for you it might be a third-party application that is causing your phone to display the “Process system isn’t responding” error pop-up.

Booting in safe mode allows you to diagnose the culprit app causing the error. Also, make ensures that no third-party application will be permitted to run.

If safe mode does not show up the error that means there is some software conflict on your Android causing the error.

Now once you have found that software conflict is causing the error. It’s a better idea to update the Android OS to the latest version.

Updating the device OS not only ensures the security of your data stored on the phone. It also helps the latest apps to run smoothly without showing the “Process system isn’t responding”  error.

A factory reset will delete all the apps and setting on Android and wipe the data as it was new. This will also delete the potential bugs and culprit app from the device fixing the Process system isn’t responding error as well.

But, before you proceed to attempt a factory reset, make sure to backup all data from the device. Follow the step here to factory reset Android device.

Setup the device and see if the error is resolved.

This was the list of working methods to fix the “Process system isn’t responding” error. But, in order to prevent the error from re-occurring it is important to know the potential reason for the error.

The next section of the article is going to explain the reasons behind the error.

What so ever the reason is the problem is quite annoying and as per the user reports here are the few reasons that triggered the ‘Process system isn’t responding’ error pop-up on their Android.

As the latest apps may need some extra permission or support from the OS to run successfully. In such outdated software may be the real culprit for the error.

All the apps need some extra storage to store the temp files and cache. In such low memory storage may keep the app from running.

Make sure that you have at least 30 percent of free disk space on the internal storage. You can also use an external SD card to resolve the error.

An external SD card can, however allows you to extend the storage on your device, But, a corrupt or bad sector on the external SD card might restrict Android system to read the files when required. Hence causing the “Process system isn’t responding” error.

In such it is required to check SD card for potential errors, also make sure the card is not corrupt and can be accessed on other devices.

We often get lured toward a mod app which are free with premium features. Users often end up installing the app from a third-party source. Installing the apps from untrusted sources not only makes your device data prone for hacking attack but it may also cause system error as well.

In order to avoid the error, it is required that you install the apps from play store only.

A rooted device comes with lots of extra features which are initially locked on the Android device. The major advantage of rooting the Android is it allows the user to tweak the setting and uninstall the system apps and bloatware(useless system apps)as well.

But, a rooted device may also cause your Android system to show the system error as well. If you are facing the error after the root attempt, try unrooting it back.

Getting the “Process system isn’t responding” error on android while opening an app is quite common. You can also encounter the error while updating the apps on the device as well. You can use the methods explained above to troubleshoot the error and fix the problem permanently. Also, don’t forget to check the TROUBLESHOOT section on the website to troubleshoot other errors on Android. 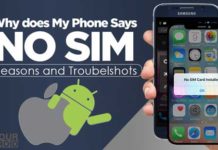 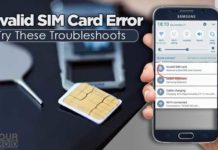 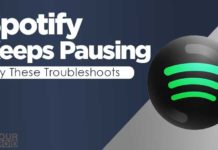 How to fix Parse Error “There was a problem parsing the...