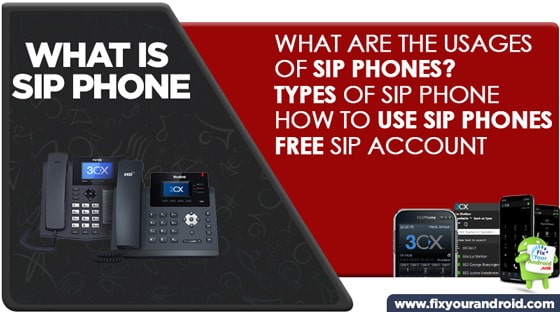 What is SIP Phone?

In other words, SIP Phone is a standard phone that uses SIP to set up and manage calls. It can handle multiple call channels at once. The marketing companies are well popular for using SIP phones to contact the customers for product promotion.

Typical SIP calls are placed using these phone by using VoIP or SIP account. There are two types of SIP phones. 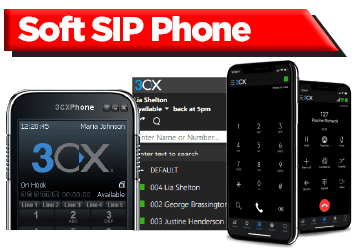 In short, any device that has a microphone and a speaker to perform the calling tasks can be turned into a soft SIP phone. 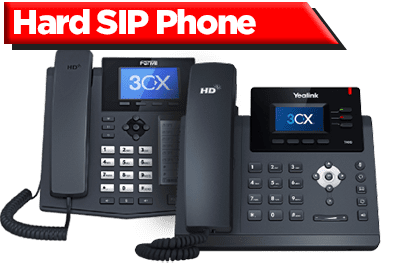 A Hard SIP phone is connected to the internet through a LAN cable or Wifi network. All the calls made by Hard SIP Phones are regulated by preconfigured SIP account.

these devices take another industry-standard cordless technology called DECT, so that the phones communicate with a base station using the DECT protocol, while the base station communicates with an IP-PBX using SIP and RTP as their transport protocols.

A SIP phone is used to perform several call-related tasks which are not possible to achieve with modern smartphones like making outgoing calls, managing multiple calls at once, forward calls to another channel etc.

Business providers are shifting to SIP calls rapidly in an effort to provide the staff a better tool for managing the calls.

Other Features of SIP Phone:

Other benefits of these phones are that they are fully customizable. All the features required can be added using a simple software application that allows you to use in-call features effectively beyond the limits.

Other Benefits of SIP Phone

This was a short introduction to SIP phones, their benefits and usage. But do you know what the term SIP exactly means and how to set up a SIP for your business? Let’s find out in the next section below.

It enables the business or organizations to maintain a unified communication system for their staff by integrating email, calls, instant messaging and other basic phone-related tasks. Organizations will use a SIP phone if they’re looking for scalability, reliability and not being limited only to voice calls. With SIP, you can expand into video and instant messaging.

SIP calls are managed and performed by special SIP cell phones either softphones or hard phones. These phones are quite identical in function but vary in the availability and usages of the services.

When a call is made through a SIP phone, the calls are sent over SIP networks(internet protocol) and a device notifies the SIP server it’s connected to. Later the SIP server initiates contact with another extension or patches the call over to the Public Switched Telephone Network AKA PSTN.

The call is established once the other party answers the phone.

The basic difference between VoIP calls and SIP calls is the features and scalability. VoIP is a one-on-one communion protocol while the SIP calls are two-way communication.

A SIP phone is specially designed or configured by a software application to perform certain communication tasks. While VoIP calls can be made by any other smartphone using a VoIP app.

VoIP calls are usually limited to a few number people and often used for meetings or video conferencing. While SIP calls are suitable for managing the comminution at a larger scale.

SIP phones are highly used by corporations and businesses to manage a uniform communications system to manage and access email, calls, text messaging, and other services.

This was the short into to SIP calling and SIP phones, we also discussed the functions and benefits of SIP calling. Don’t forget to visit about section to explore more about the technology and stuff.