This article explains all about RootPA application on your Android phone. Its uses. And what permission rights do RootPA have. We shall also discuss whether RootPA is safe and can be removed? 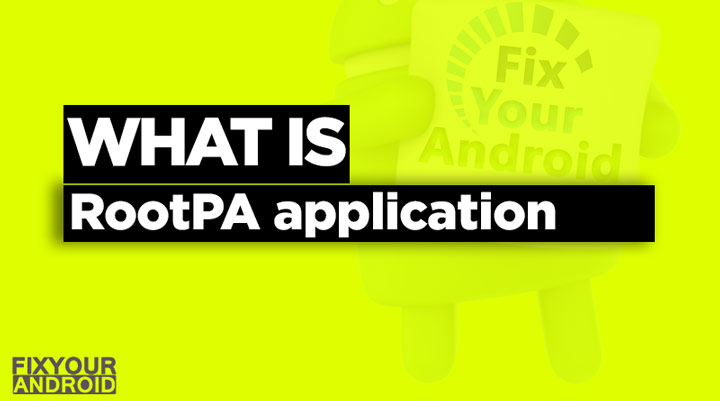 What is RootPA app on Android?

RootPA on android is a pre-installed app that provides security when it runs on ARM trust zone.

RootPA is a secure application that runs on ARM trustzone and t-base OS. It is preinstalled in some vendor’s Android devices, but mostly unused. The source code of some versions is available on the Internet.

ARM trustzone is a technology but in with CPU that provides the system-wide approach to security works with hardware-enforced isolation efficiently.

Samsung is well known for installed the RootPA app on their Android phones. For those who don’t know Samsung is installing several other bloatware and services for the sake of performance on their smartphones, CoolEukor, RoseEukor etc.

Permission RootPA have on Android

There is no evidence of extra permission granted for the app like storage and call. But, like other essential apps on Android, RootPA may have the following permission on your android device.

But, as RootPA is assigned to see the security measure like KNOX and KLMS,(Another security feature on Samsung phones) it might keep running even the battery saver is active.

These are some essential permission a system default apps have on your Android device. But, for RootPA it is not clear about the permission.

How to stop rootpa service? 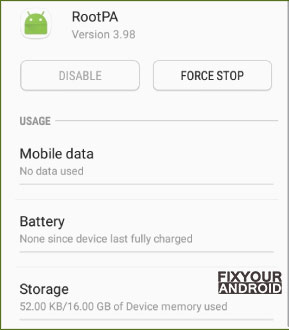 How to uninstall rootpa app on android?

It is suggested not to play with any system apps on your android by disabling or uninstalling them as it may cause a anomaly in the normal operation of your device.

It is not possible to uninstall RootPA app from android as it is essential for the security of data processing. However, you can disable or stop the service if you are really concerned.

No, RootPA is not a virus, malware or spyware. It’s an essential service spp on android accountable for secure data processing.

which are the other apps you must refer like rootpa?

Silentlogger, DT Ignite, and Carrier IQ are some other apps you can refer similar to RootPA.

This was a complete guide about the RootPA application on Android. RootPA is a pre-installed service app on android devices to ensure secure data processing on the device with ATM trust zone technology. This is not a virus or malware sneaking on your phone. As this is one of the essential services, it is not possible to uninstall or remove RootPA from android. But, still, you can disable or force stop to kill the process. However, it is not recommended to disable a system app on your android phone as it may cause some operational error.